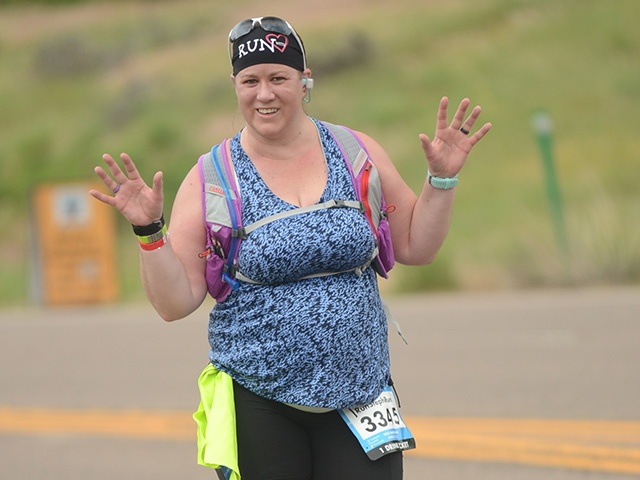 Apply to be an ambassador
Stephanie Garrett
Westminster, CO
Marathons: 4
Half Marathons: 13

December 2010, I weighed almost 300 pounds and our beagles did not fit between my husband Chad and I on the couch! As a commitment to ourselves, marriage and health we started running at our local gym. April 2011, I ran my first 5K and it was the longest 48 minutes of my life! October 2012 after completing 1 half marathon and watching our run coach complete the Twin Cities Marathon, I decided I wanted to run a full. In October 2013, I ran the Twin Cities Marathon and was a featured runner for Twin Cities in Motion, I was highlighted in Minnesota Monthly with 7 other runners. 6 years and 80 pounds later – I have completed numerous 5K’s and 10K’s, 13 – half marathons, and 4 – marathons. It is peaceful to run 26.2 miles in 5:30 hours! From my weight loss/running story, I have 7 media pieces highlighting my change in lifestyle and accomplishments. Today, I continue running, participate in Crossfit and adapted the Paleo lifestyle. I am an avid skier and starting to bike.

How else Stephanie REVELs: Stephanie partipates in Crossfit, the Paleo lifestyle, walking her three beagles, riding fat bikes and hiking in our new home state of Colorado and starting to venture in climbing 14ers!
Previous | All | Next