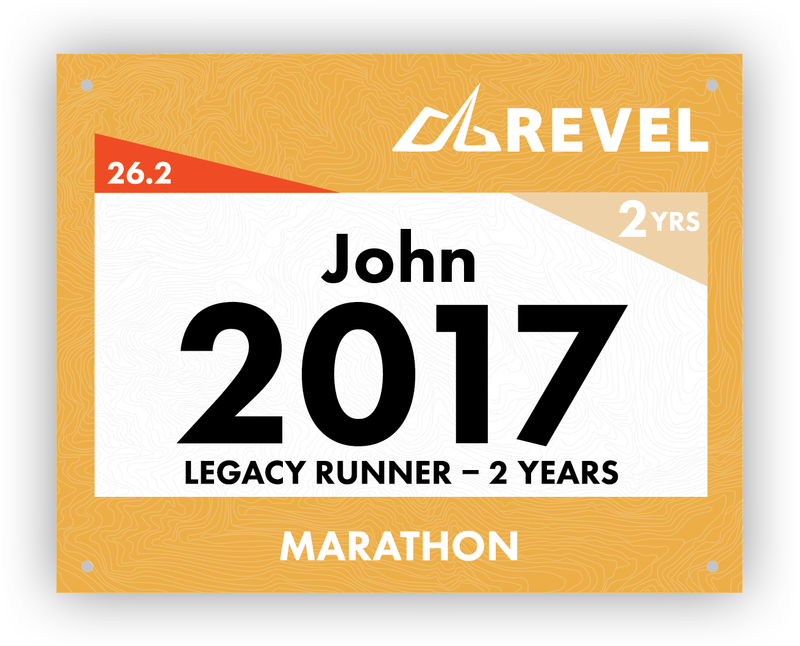 When you think of a “bib,” what image comes to mind? Most likely it’s something draped around an infant’s front at mealtime to protect their clothes from massive food stains and drool.

Or it’s something you strap on at the local BBQ joint on “All You Can Stomach” ribs night. This is also to protect clothes from the aforementioned massive food stains and drool.

As runners, we have our own unique fascination with bibs.

When you get down to it, a race bib is really just a piece of paper (okay, these days it’s typically made out of a material called Tyvek) with a number written on it.

The functional purpose of the race bib is for identification and safety so the race officials, volunteers and photographers can determine exactly who that lumbering, sweaty and heavily-breathing person is. And most race bibs have room on the back for your emergency data along with a timing tag.

But once you put a bib on, it becomes something much more than a runner’s dog tag. It’s your official passport to the race and says one thing very loudly: “Let’s run.”

Yup, we love our bibs.

When you go to a race expo and are finally given your bib, how many of you stare at it longingly like you just discovered one of Willy Wonka’s golden tickets? Be honest.

And everyone is a critic when it comes to bibs:

Admit it, you think about these.

And what about your race number? You could write a doctoral thesis on the psychology of race numbers. I can’t tell you how many people I know (myself included) who hope that they get one of those cool numbers when they register:

And there are so many more numbers we could add to the list, right?

We also like getting the low numbers, even if we won’t admit it out loud. If you had a choice between 73 and 4,286 which would you take?

While walking along before a race don’t you scan the crowd looking for your “bookends” (the people with numbers right before and after yours)? If you do find them, I’d wager you say “Hi” because apparently you’re racing kin and you have the perfect icebreaker… “I couldn’t help but notice your number.” And what about when you see a man and woman standing next to each other with consecutive numbers… a running couple, right? I bet they have matching Halloween costumes too.

Then there’s the recent trend in “bibbage” (if it isn’t a word, it darn well should be), which is personalized bibs.

Now when you enter races like the REVEL Race Series, you can get your name sprawled across your bib. Well, bibs are kind of like a runner’s license plate anyway, so it only makes sense that we can get vanity plates now.

And what about the challenge of attaching the bib to your race shirt? To the running rookie, it can seem like a Herculean task. The standard tool is the “safety pin.” And let’s be honest, we’ve all proven at least once that those things aren’t as “safe” as their name implies. Anyone got a Band-Aid?

Some people place their bibs high up on their shirts like it’s a superhero insignia, while others prefer to have them down much lower. Some runners attach them to their fuel belts with clips or hang them off of their shorts. Some people get really tricky and strap it to one leg or fold the bib so only a thin strip with the number is showing (going all minimalist). And every race you get a few newbies who attach their bibs to their backs, like it’s the number on a football jersey. These are also the same people who wonder why they never see any race photos of them posted. Please feel free to enlighten these poor misguided souls as to proper bib placement.

One of my favorite night-before pre-race rituals is the “pinning of the bib,” where I spend way too much time attaching a race bib to my shirt making sure it’s not too high nor too low and definitely not tilted (heavens no). I can spend upwards of 10-15 minutes “Goldilocking” my bib, making sure it’s “just right.”

So if you spy me at the REVEL races this year, you’ll see me proudly displaying my perfectly centered race bib with my name emblazoned on it and sporting a really cool number that makes me the envy of everyone around.

And hopefully no drool. 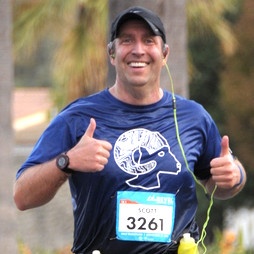 Scott Device is a reformed couch potato who discovered distance running in the fall of 2008 and hasn’t stopped since. He hails from Los Angeles CA and has participated in 8 REVEL events.

Do you want to be our next featured writer? Email us at revel@runrevel.com for details.